RTS Long Term Dividend Current and Past Portfolios
Updated for last week trades
Also, RTS is selling NCT and buying IVR on Monday 3/25 at the open 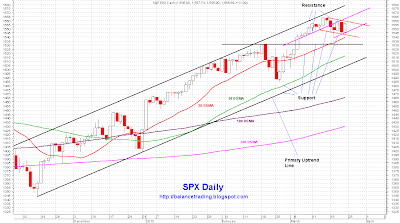 All time highs for DJI, DJT and RUT have been achieved in the current powerful bull run.   I think an all time high for SPX is reached soon.

In 2010, '11 and '12, indices sold off as rounds of QE's were completed in mid spring of those years.  The sell off's were steep form mid spring into mid summer, then we saw choppy markets until the Fed announced new rounds of QE which started new bull legs later in fall.  Learning from the past years, late last year the Fed made its latest round of QE a never ending one, i.e  "QE Infinity", which has pushed many indices to all time high and will continue to do so for the rest of the year.

Disclaimer: The views expressed are provided for information purposes only and should not be construed in any way as investment advice or recommendation.  Furthermore, the opinions expressed may change without notice.
on 10:51:00 AM
Email ThisBlogThis!Share to TwitterShare to FacebookShare to Pinterest
Newer Post Older Post Home