Inflation And The Fear Of Rising Interest Rates 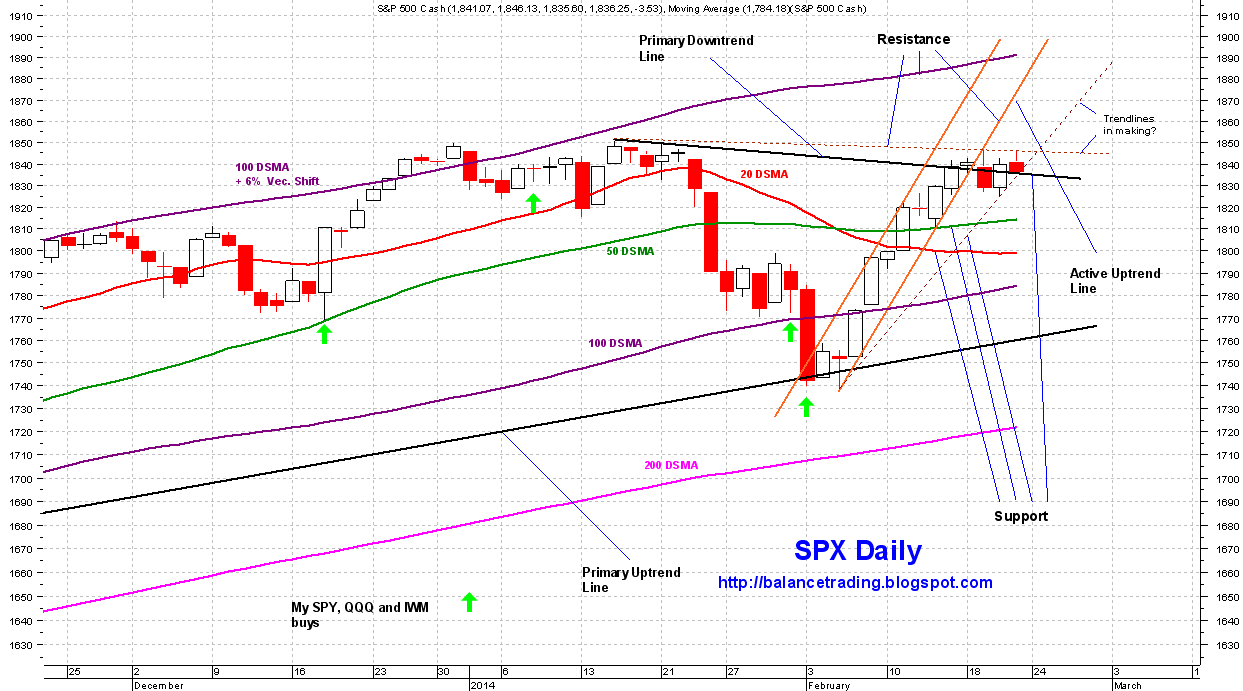 Generally speaking, governments across the globe, including our own government, under measure inflation.   The primary reason is to keep the currency strong and secondly to continue a dovish monetary policy in order to promote a higher growth rate for the economy.  After almost five years of stimulating the global economy, central banks would not mind seeing some inflation and would not hesitate to increase interest rates slightly.  That would be bullish for equity markets.  Recent examples of those periods are early to mid 80's, late 90's and 2003 to 2007.  The reason is quite simple.  In an inflationary and rising interest rate environment, worse place for investment is cash and the worst is bonds.  The better place for investment is commodities and the best is equities.  Fear of increasing interest rates initially causes a drop in equities which would be a fantastic buying opportunity.

This coming week is critical for bulls.  All major indices show bull flags on their daily charts.  Chances are good that all major indices rally to new all time highs later in the week.

Disclaimer: The views expressed are provided for information purposes only and should not be construed in any way as investment advice or recommendation.  Furthermore, the opinions expressed may change without notice.
on 7:25:00 AM
Email ThisBlogThis!Share to TwitterShare to FacebookShare to Pinterest
Newer Post Older Post Home