Once Again Doom And Gloom Is Abound .... Another Buying Opportunity

RTS Long Term Current and Past Portfolios
Updated for 0.5 buy on 3/13
RTS is selling VOD and buying TSLA in its place on Monday near the open
(VOD initial buy on 3/7 was a computational error due to Reuters erroneous EOD data for VOD)

Indices Long Term Current and Past Portfolios
Updated for 0.5 buy on 3/13 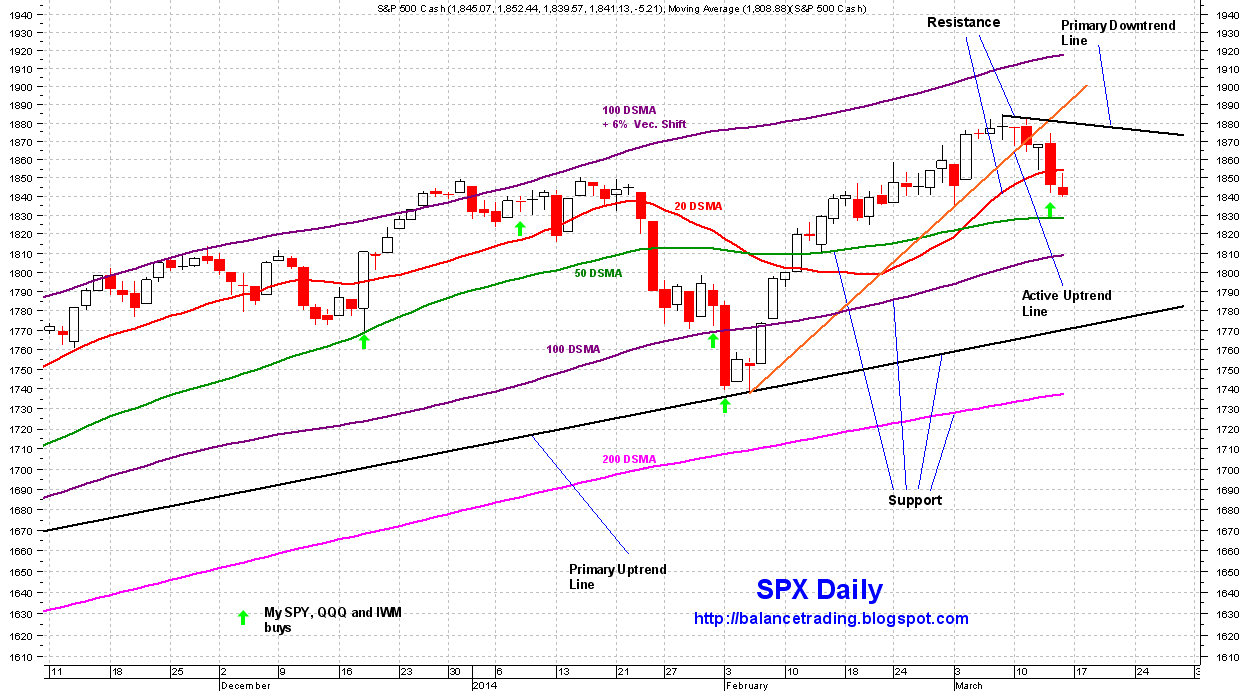 DJI not only did not confirm highs in other four major indices (DJT, NAZ, RUT and SPX), but also lead indices lower last week.  That was certainly disappointing for bulls, but does not mean the beginning of the end for the bull run.  Major indices are on average are only 2.6% down from their all time highs.  Again that's 2.6%, not 26%  as fear mongering doom and gloomers want us to believe.

Facts are:
Chances are good that indices go sideways for the next couple of weeks before they start going higher again.

Disclaimer: The views expressed are provided for information purposes only and should not be construed in any way as investment advice or recommendation.  Furthermore, the opinions expressed may change without notice.
on 9:56:00 AM
Email ThisBlogThis!Share to TwitterShare to FacebookShare to Pinterest
Newer Post Older Post Home