SPX And NDX Have Topped Out 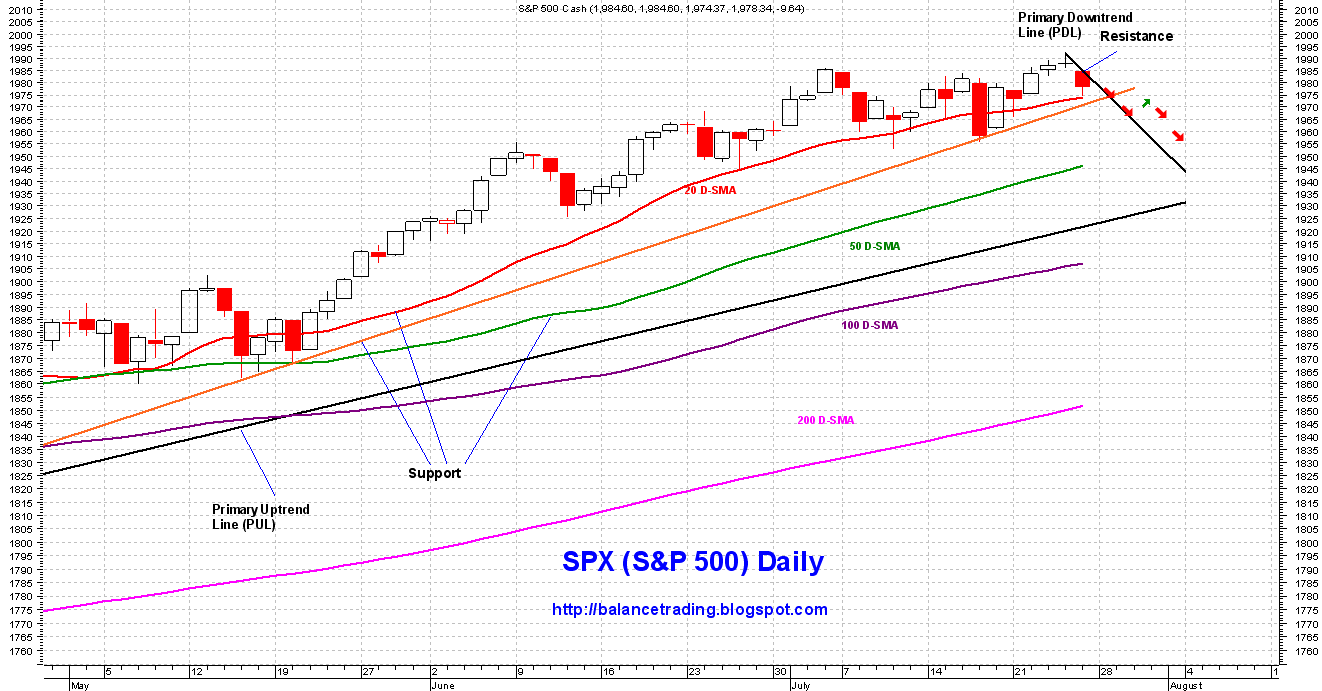 A top has been formed now and large cap indices (DJI, SPX and NDX) are positioned to follow RUT to lower values.  SPX tested its 20 D-SMA on again on Friday.  That was the 8th test of that support for SPX in the last 3 weeks.  After so many blows, that support has been weakened substantially and it's ready to cave in, probably early this week.  A daily close below 20 D-SMA would signal more selling and a very likely test of 50 D-SMA for SPX.

Looking at weekly charts,  since 2009 bottom, every time that RUT has traded at or below its 50 W-SMA, SPX has at least tested its 20 W-SMA.  RUT is about to test 50 W-SMA (1128, very likely this week) again which would suggest a temporary bottom for sell off around 1910ish for SPX

Disclaimer: The views expressed are provided for information purposes only and should not be construed in any way as investment advice or recommendation.  Furthermore, the opinions expressed may change without notice.
on 5:25:00 AM
Email ThisBlogThis!Share to TwitterShare to FacebookShare to Pinterest
Newer Post Older Post Home