RTS Long Term Current and Past Portfolios
In Cash 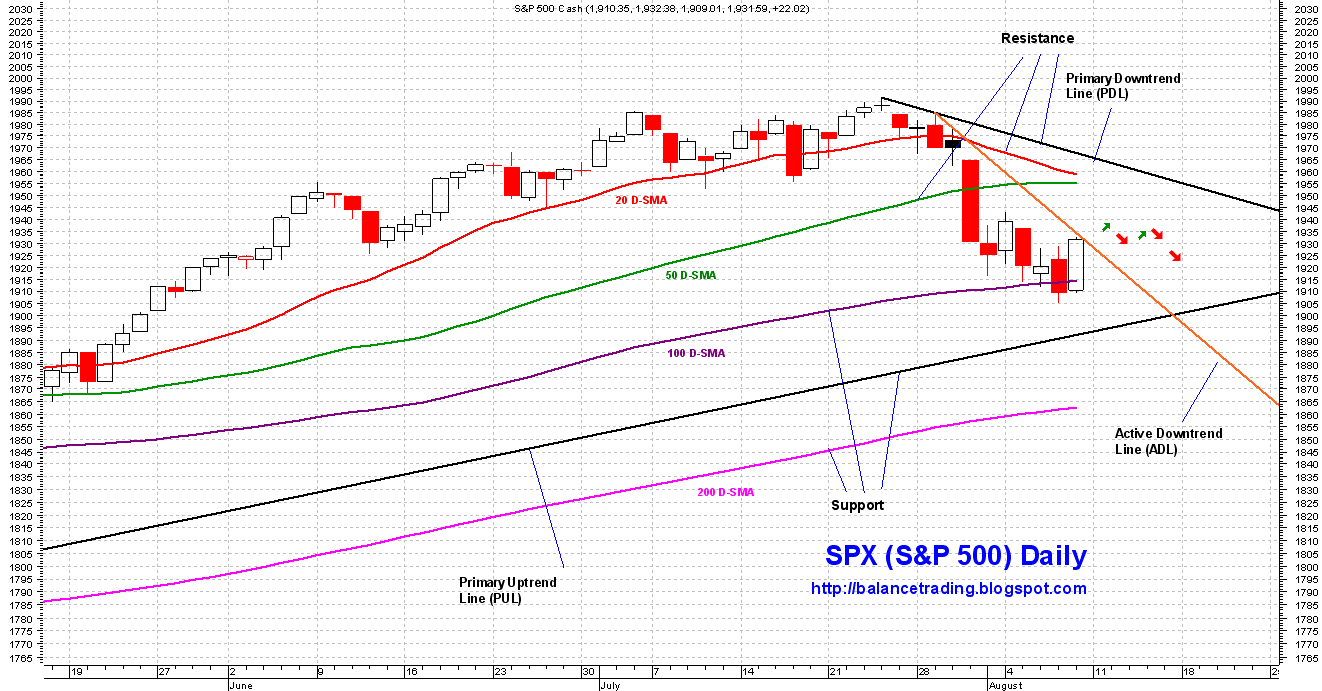 During the sell off last week, SPX was supported well by its 100 D-SMA.  Should that support fail and SPX closes below it, chances are good that SPX sells off quickly to test its PUL (thick black which was btw drawn incorrectly previously) and possibly its 200 D-SMA.

The Fed ending its debt buying is a game changer in my opinion.   In the past (since 1980) Fed tightening of interest rates caused a sell off in the short term (a few months), but indices recovered and went on to set new highs because the economy kept on growing at a healthy 3% to 4% rate. The sell off this time around could be deep because:
From here forward, indices will react in a direct correlation to economic news. Growth rate, PPI, unemployment, initial claims data, auto sales, new homes, durable goods, Michigan consumer sentiment ... will push indices up and down.  If our economy does not start to grow at 3.5% to 4.5% rate with very little or no inflation, there is hell to pay (at least a 20% to 30% correction) in the short term no matter what.

Disclaimer: The views expressed are provided for information purposes only and should not be construed in any way as investment advice or recommendation.  Furthermore, the opinions expressed may change without notice.
on 11:33:00 AM
Email ThisBlogThis!Share to TwitterShare to FacebookShare to Pinterest
Newer Post Older Post Home