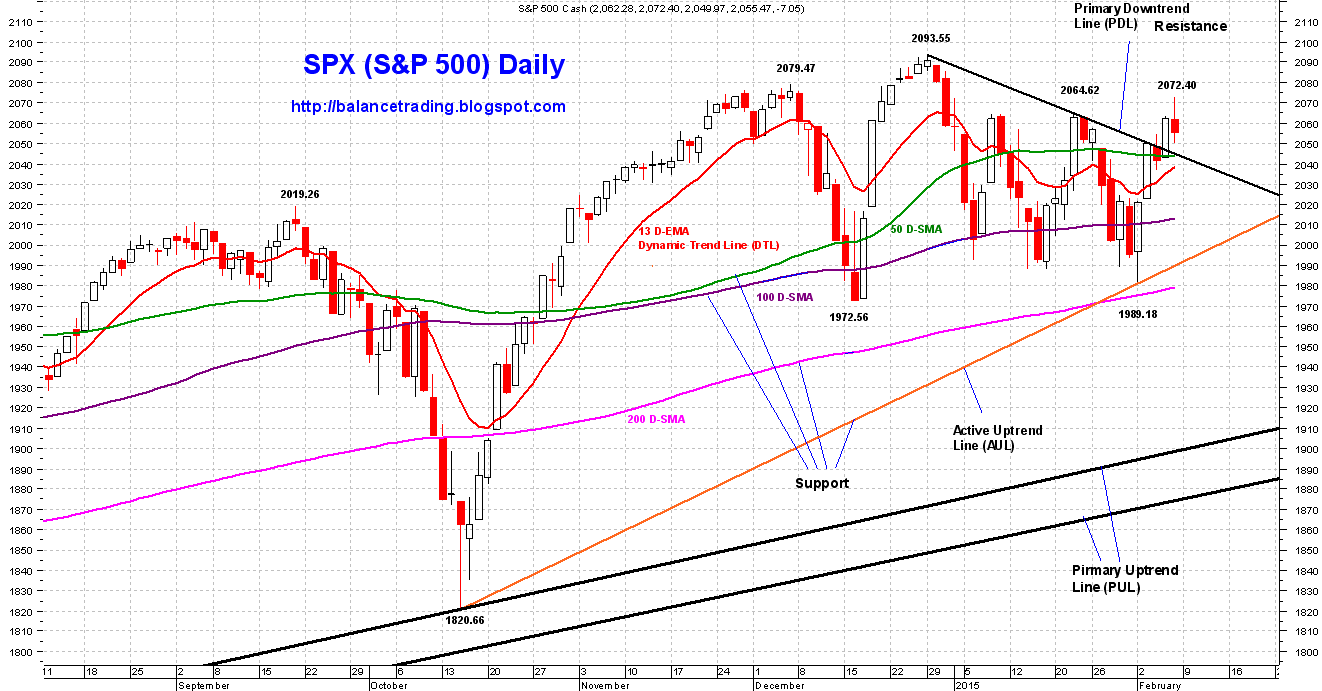 Despite a weekly close below SPX 2000 on Friday 1/30 (albeit with little penetration, 5 points or 0.25%), SPX rallied on the back of extraordinary strong seasonality this past week to close above its 50 D-SMA and PDL .  The facts that (1) the psychologically and technically significant support at SPX 2000 held; and (2) SPX managed to close above its 50 D-SMA and PDL make it hard to assess where indices are heading now.  Here's my best guess:
A daily close above 2065 would be a signal to me to cover short positions.  A daily close below 2000 would be a signal to add more short positions.

I've been a full time trader since 1997 when I quit my aerospace engineering job.  I clearly remember the period from October 1999 to March 2000.  What's happening now is very similar to what was happening then.  Indices (especially NDX) rallied strongly from mid Oct 1999 to Dec 31 1999, they sold off in Jan 2000, rallied back strongly in the first trading week of  Feb 2000, the sold off again for the remaining three weeks of Feb 2000 before strongly rallying to put in all time highs by late March of 2000 (NAZ 5000).

Disclaimer: The views expressed are provided for information purposes only and should not be construed in any way as investment advice or recommendation.  Furthermore, the opinions expressed may change without notice.
on 8:51:00 AM
Email ThisBlogThis!Share to TwitterShare to FacebookShare to Pinterest
Newer Post Older Post Home