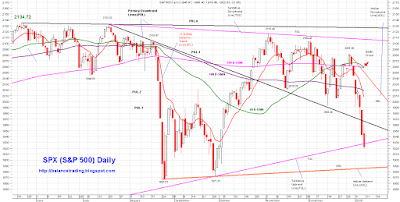 Last Tuesday SPX broke to the down side out of its symmetric triangular formation and continued to sell off for the rest of the week.  On Friday, SPX penetrated and closed below its TUL while its 50 D-SMA touched its 200 D-SMA to put a "death cross" on its daily chart.  SPX chart looks extremely bearish now and it's signaling significant selling ahead in the longer term (weeks to months).

Shorter term (hours to days), however, SPX is oversold,  Chances are good that SPX, after possibly testing support at its AUL around 1890 on Monday, goes higher on the back of a counter trend rally to test resistance at its PDL-1 (1960) and ADL (2000) sometime later in the coming week. 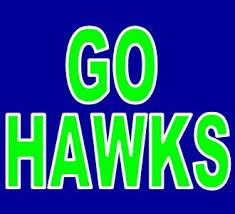 Disclaimer: The views expressed are provided for information purposes only and should not be construed in any way as investment advice or recommendation.  Furthermore, the opinions expressed may change without notice.
on 9:28:00 AM
Email ThisBlogThis!Share to TwitterShare to FacebookShare to Pinterest
Newer Post Older Post Home