SPX Is Getting Ready For Another New All Time High? 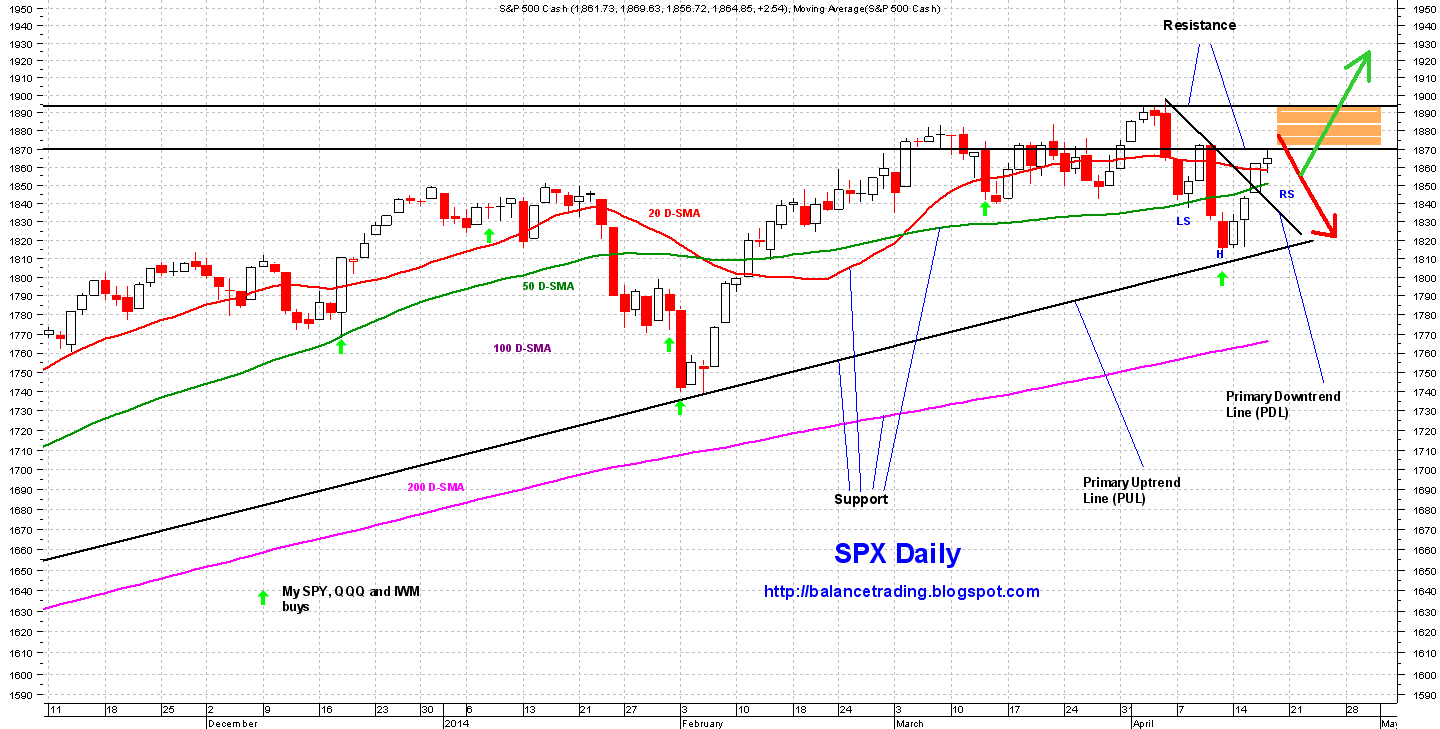 As expected all major indices rallied significantly last week.  On Wednesday SPX bulldozed through its PDL, continued its rally on Thursday and closed just below its resistance band (highlighted in orange).  Getting through that band is not going to be easy.  There certainly will be at least one or two unsuccessful attempts early this coming week.  Chances are good that SPX gaps up on Monday into the resistance band, then sells off to back test its 20 and possibly 50 D-SMA's.

Under the most bullish scenario (shown in green, 70%), the sell off early in the week, would put in place the right shoulder for a sizable inverse head and shoulders pattern.  A rally after the sell off and a close above the neckline (SPX 1780) of that Inverse H&S, would signal a powerful advance to SPX 1925 by late April.

Under the most bearish scenario (shown in red, 30%), the sell early in the week picks up momentum and continues to PUL to retest recent lows.
twitter
facebook (daily updates)
opader@gmail.com

Disclaimer: The views expressed are provided for information purposes only and should not be construed in any way as investment advice or recommendation.  Furthermore, the opinions expressed may change without notice.
on 8:26:00 AM
Email ThisBlogThis!Share to TwitterShare to FacebookShare to Pinterest
Newer Post Older Post Home