2012 Presidential Election, That's What's All About 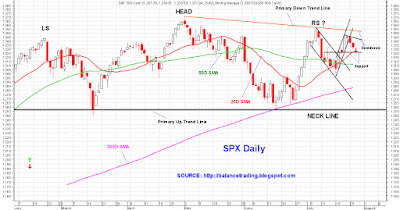 The big fight is not over how much to cut spending or raise taxes.  The big fight is about 2012 election.  Reps want to keep the debt ceiling issue alive until election by passing a bill that raises debt ceiling in multiple steps each requiring more debate and voting.  Dems want to pass a bill and put this behind them until 2013.

So long as this fight goes on, Market will keep on bleeding lower.

Disclaimer: The views expressed are provided for information purposes only and should not be construed in any way as investment advice or recommendation.  Furthermore, the opinions expressed may change without notice.
on 11:01:00 PM
Email ThisBlogThis!Share to TwitterShare to FacebookShare to Pinterest
Newer Post Older Post Home