Once Again, Cash Indices Were Dragged Down 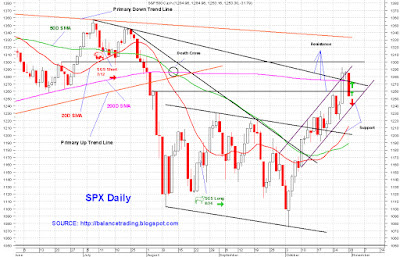 Once again Big Money dragged cash indices down by selling index future contracts today.  Except for some minor churning, Big Money was very inactive in the market.


The down risk in the market at this point is very limited in my opinion.  Although one cannot totally dismiss the possibility of a significant correction to retest of Oct 4 lows, but I believe that Big Money is going to push  indices much higher between now and end of year for a number of reasons. The most import of which is that Big Money realizes another financial crisis (that would bring about Oct 4 lows retest) would be extremely damaging to three major parts of his business: retail investment, IPO and M&A.  I think his objective and goal of destroying his competition in retail investment and trading has been realized nicely, specially in the second half of this year (Big Money's Big Dilemma, MF Global bankruptcy  for example is his latest victory in that front).
Face Book
Twitter
opader@gmail.com