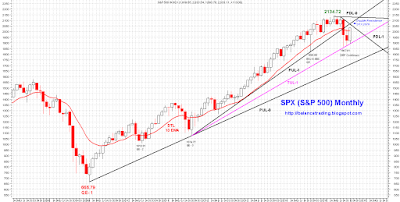 The Fed. ZIRP has been in effect since early 2008.  It didn't stop the 2008-2009 crash.  What stopped indices from going lower in early March of 2009 was the Fed's announcement of QE (QE-1).  In fact since March of 2009, indices have rallied only and only when the Fed or other central banks (BOJ, ECB) have announced additional QE as shown on the SPX monthly above.

The current rally that started on September 28 is either a bear market rally that very likely has come to its end, or it is a rally to new highs for indices because Big Money knows something that we don't.  It could be that Big Money knows that the Fed. is preparing for another round of QE should Q3 GDP turns out to be less than 2%.  What is happening now is very similar to what happened in October 2014 when BOJ and EBC announced their own massive QE's.

Bottom line is that ZIPR alone is not enough to sustain the big bull rally since 2009. 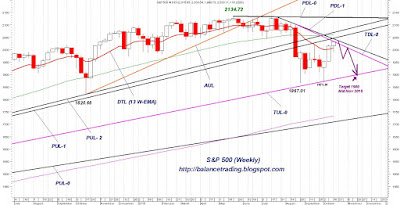 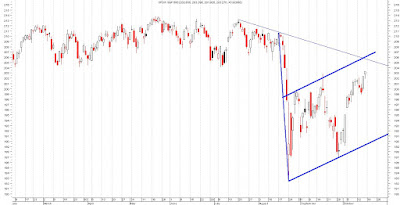 I believe the rally that started on 9/28 is reaching its end and SPX will start a sell off early next week.  My guess is still that SPX will test its TUL-0 sometime within the next couple of weeks. 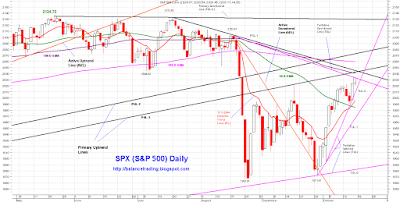 SPX has now reached 2035-2045 resistance zone.  Chances of SPX breaking through this zone is remote.   If the current rally is a bear market rally, we should see SPX sell off with no or very little penetration into this zone.

I have not covered my shorts.  My plan is to cover short should SPX passes through resistance zone of 2035-2045.

Disclaimer: The views expressed are provided for information purposes only and should not be construed in any way as investment advice or recommendation.  Furthermore, the opinions expressed may change without notice.
on 2:18:00 PM
Email ThisBlogThis!Share to TwitterShare to FacebookShare to Pinterest
Newer Post Older Post Home