On Our Way To Another All Time High? 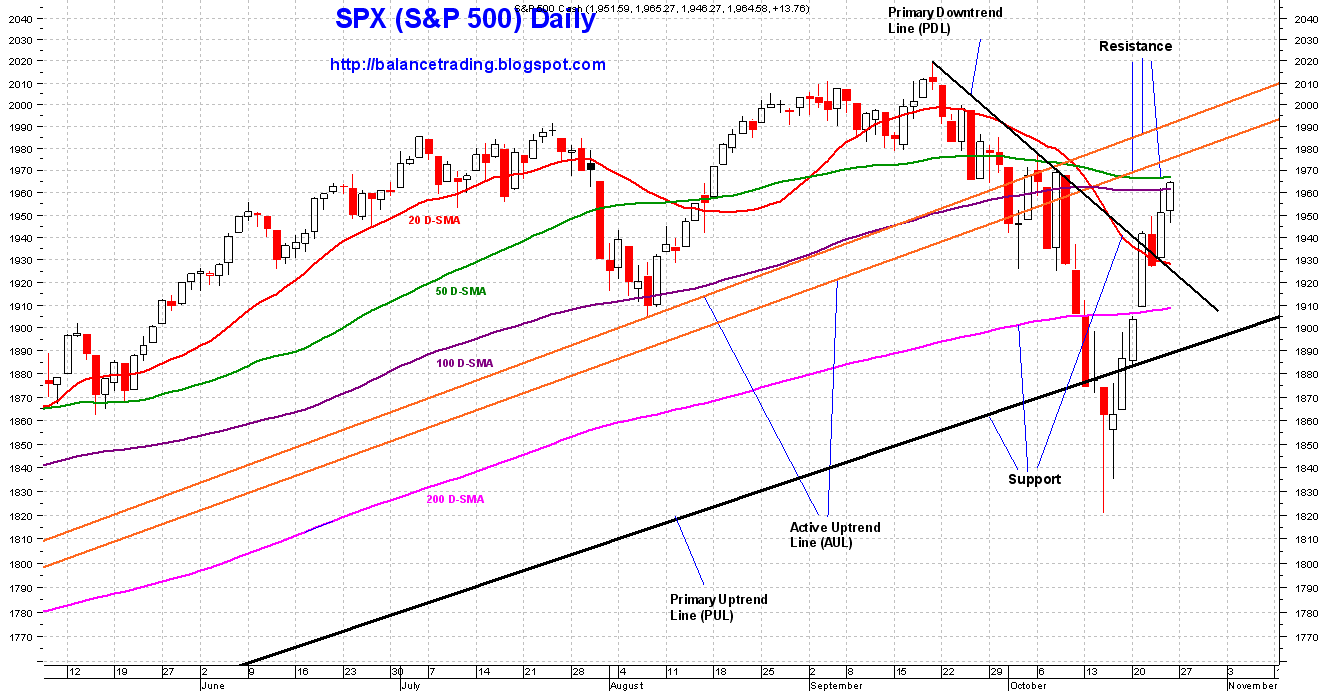 Last week turned out to be pretty ugly, but ugly for bears.  Bulls actually had a really nice week as SPX took back 7.5% of its recent 10% (2019 to 1820) correction.  I believe SPX is on its way to make yet another all time high by the end of this year, but first it needs to retest its recent low (1820) or at least its Primary Uptrend Line (PUL) around 1900.

A daily close below 100 D-SMA (1960) would turn SGS from NEUTRAL to SHORT.  My plan is to do my first of three short selling of SPY as soon as SGS turns SHORT.