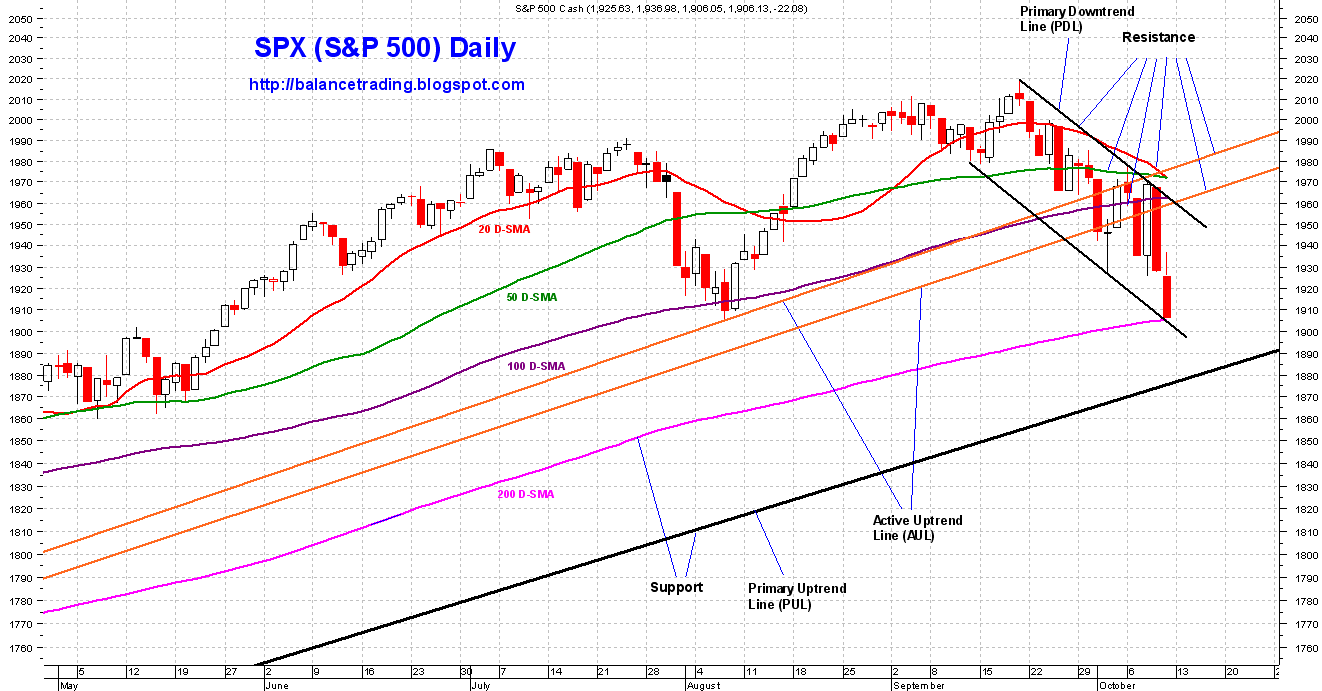 SPX came very close to test its 200 D-SMA last Friday.   Also on Friday the number of new lows for many time frames (i.e. 252 to 7 day) sky rocketed to levels not seen since early 2009. That kind of jump in number of new lows signals two things:

So out it's out with BTFD and in with STFP going forward for foreseeable future. Of course this would all change if the Fed intervenes, but that's not going to be anytime soon, not at least until we get a 10% to 20% correction and things start to look bleak economically (i.e. shrinking GDP).

Chances are excellent for SPX to sell off to test its Primary Uptrend Line (PUL) around 1880 on Monday.  PUL is strongest support that there is. It has shouldered the entire bull run since March 2009. It won't come down that easily. It will take at least 2 or 3 big blows, first which is very likely going to be delivered tomorrow.

A shallow penetration of PUL and rebound to close above 200 D-SMA tomorrow would turn SGS timer back to "NEUTRAL".  My plan is to close shorts sometime tomorrow, hopefully at the low of the day.

Disclaimer: The views expressed are provided for information purposes only and should not be construed in any way as investment advice or recommendation.  Furthermore, the opinions expressed may change without notice.
on 5:14:00 PM
Email ThisBlogThis!Share to TwitterShare to FacebookShare to Pinterest
Newer Post Older Post Home