Another Ugly Week Is Ahead 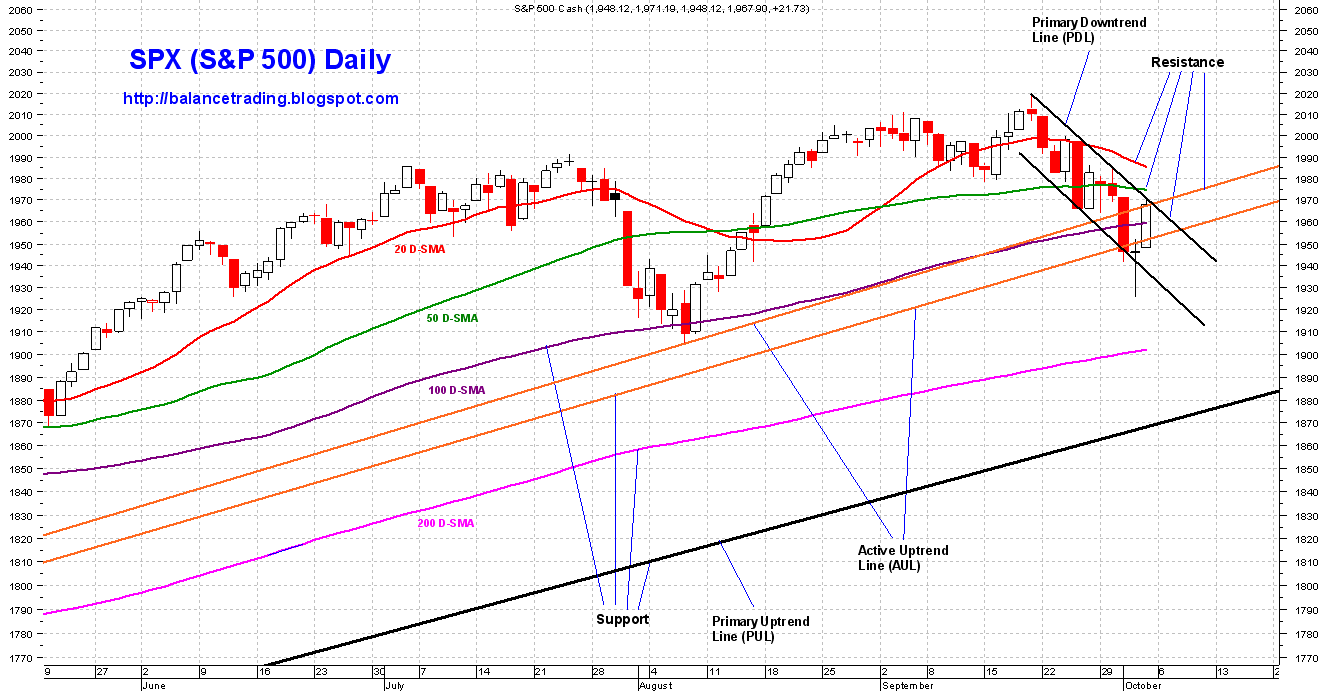 SPX is now trading in a well defined down trending channel.  On Friday SPX rallied and tested the upper channel line which happens to be Primary Downtrend Line (PDL).  Chances are excellent that selling starts again and SPX continues its decline within its price channel.

Last week as SPX sold off, it broke through and traded below two long term Active Uptrend Lines (AUL, shown in thick orange).  Price violation of those AUL's is significant because they have been shouldering the bull run since Nov 2012 and Oct 2011, respectively.   SPX very likely tests and closes below those lines again sometime this coming week.  That would signal additional selling for SPX to test its 200 D-SMA around 1900.  A close below 1900 for SPX before midterm election would signal two things:

Disclaimer: The views expressed are provided for information purposes only and should not be construed in any way as investment advice or recommendation.  Furthermore, the opinions expressed may change without notice.
on 11:47:00 AM
Email ThisBlogThis!Share to TwitterShare to FacebookShare to Pinterest
Newer Post Older Post Home