Is Current Bear Market Rally Over?

SGS Market Timer Status:  SHORT
Short as of close of Dec 11, 2015
SGS is a Long Term (weeks to months) Timer

Is Current Bear Market Rally Over?

Very likely yes and selling should resume on Monday.  Here's why: 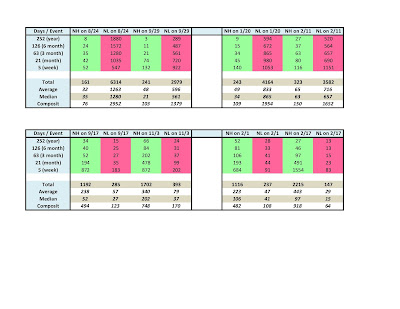 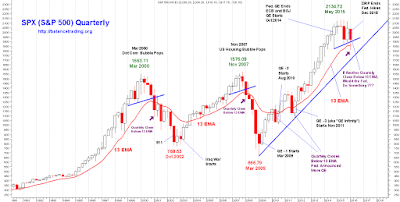 The long term picture has not changed.  SPX penetrated its 13 Q-EMA and traded below it on Feb 12 by 3%.  Chances are high now that the US economy enters or has already entered into a recession.  Unless the Fed intervenes again and starts another round of QE, indices continue to suffer. 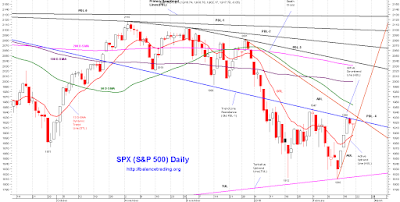 Shorter term, chances are good that SPX continues to sell off.  Once SPX starts trading below its AUL, then the likelihood of further sell off to retest of recent lows becomes high.

Depending what price action is seen around 1830, I might cover all short positions or keep them open.  Should SPX sell off, take out 1810 and close below it, I would do my third and final short sell in SPY and QQQ.

Last Friday I also opened my first of 10 positions (equal $) in UWTI.

Disclaimer: The views expressed are provided for information purposes only and should not be construed in any way as investment advice or recommendation.  Furthermore, the opinions expressed may change without notice.
on 12:44:00 PM
Email ThisBlogThis!Share to TwitterShare to FacebookShare to Pinterest
Newer Post Older Post Home